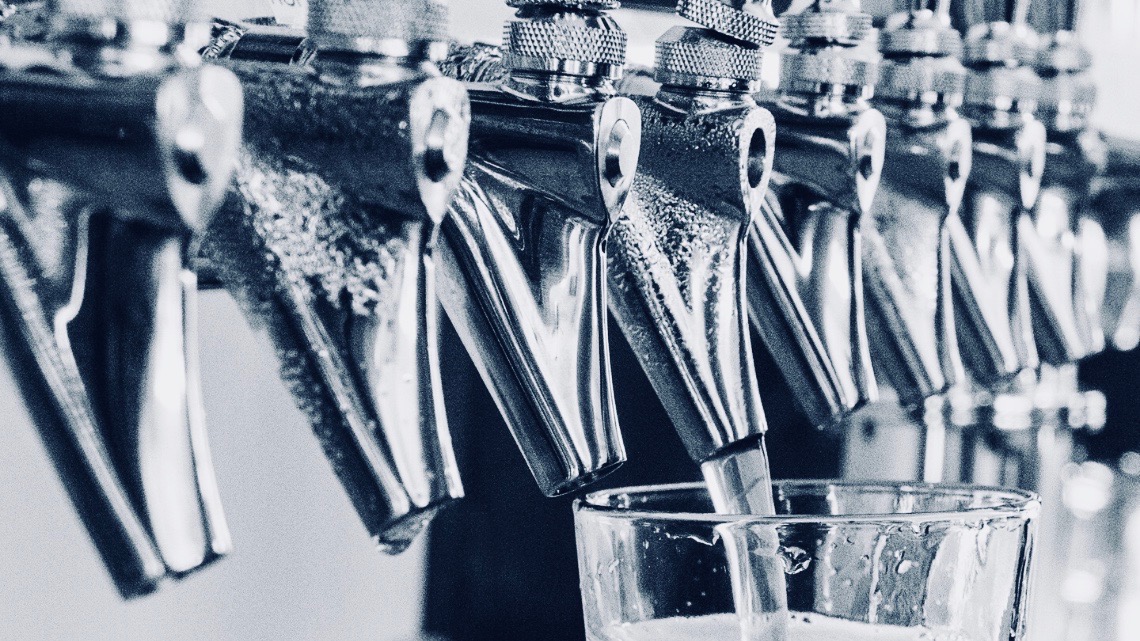 A few years ago, no-one could have said that Buenos Aires (or Argentina) was the place to go for a beer. But fortunately enough Buenos Aires has not been spared the craft brewing craze that has swept the world. In fact, you might even see breweries (or cervecerías) popping up on seemingly every corner. It’s...

A few years ago, no-one could have said that Buenos Aires (or Argentina) was the place to go for a beer. But fortunately enough Buenos Aires has not been spared the craft brewing craze that has swept the world. In fact, you might even see breweries (or cervecerías) popping up on seemingly every corner. It’s actually become a little overwhelming!

he beer is pretty good in most of the places. But if you want the best setting or range of cervezas to choose from, these are four you don’t want to skip.

With locations in Retiro, Palermo and Belgrano, it’s a pretty way to start the list for people visiting the city. They do have one of the best range of beer options in BA, with anywhere around 20 different options available in a given location/night. In Retiro, although the area is not the greatest, a visit for After Office drinks will reveal an insight into the local businessmen who work in the area. There’s also a great terrace to sit on when the summer comes around.

One might make the cut more for this location. Situated just a few blocks from Scalabrini Ortiz and Santa Fe, it’s easily reached. You can take  a bus or a metro from anywhere in the city. The beer is pretty good as well. And there’s plenty of outdoor seating to enjoy on clear days and nights. It’s also close to the Spanish school IW Languages. And also to a great cowering place called Origin, which makes it perfect for dropping into with friends or for After Office. Like many spots in Buenos Aires, their happy hour runs until 8pm.

This one’s an excellent option when the summer rolls around. It has a great rooftop terrace overlooking the streets of Palermo. With people watching being one of the major attractions in a city as busy as Buenos Aires, this makes Growlers a fine spot to visit on a fine weather day. The beer is very good as well. And those who’d like to stock up your own fridge could grab a growler to take away with you. Again the happy hour is until 8pm. But if the weather is good, you’ll be sure to stay longer.

This one wins hands down when it comes to the beer. Also their nachos are excellent, and this is a significant challenge in Buenos Aires. And their music and atmosphere too. Strange has actually all their brewing equipment out in the open for everyone to see. And crazy bottling machines for those of you wanting to take some beer home for a later date. Their beer is definitely worth a bit more than some other spots on this list. Their sour cervezas were really quite good. And the IPA was something else!